I have only purged twice and have regretted both times. The decision to throw out all my female belongings in an attempt to remove Jenny from my life, came out of a desperation to be a “normal male” and try to conform to how my body is built.  Those were dark periods, during a point in time where the shame, guilt and frustration made me hate who I am. Purging was a drastic and desperate action that, looking back, achieved nothing.

If you search the net, you will be swamped with pages talking about this subject. The anti-crossdressers and those who believe in conversion all write on how import this act is to start your road to “recovery”. For us, living our reality, the need to do so is caused by a variety of reasons.  Many write about the guilt they experience when their crossdressing leads to sexual self-gratification and this can be the trigger that causes them to purge. Others talk about the lack of self-esteem because they are caught in a cycle that is looked upon as unacceptable by family and the community.   These all lead to those negative feelings of being unworthy, especially if we constantly believed we are living a life of shame. Yes, many are scared and so shamed into keeping what we do, a secret.  This constant depressed emotional state of being leads to desperation, as we try and fix something within that we cannot longer live with.  We tell ourselves, if we get rid of the clothes, as they are the triggers, we will be able to sweat it out and get our male lives back, and be able to live a “normal Life”.

Purge: definition, “To rid of whatever is impure or undesirable”.   This sound harsh and makes it look as if the feminine clothes and trappings which we are throwing out are the embodiment of our impurity. We are making these objects the undesirable evil we need to remove from our lives to restore our equilibrium.  Purging is not the answer.

Let’s make some generalizations and explore the person who has purged, and naturally, I will include myself in this group.  The first thing that stands out is that they are hiding a secret.  They have not been able to share their feminine side with anyone of significance, and so their trip into womanhood, is a private event, starting behind closed doors. By not opening up to a close friend or partner, you are putting yourself in isolation. You are scare of being caught or compromised and so soak up the fear that comes with secretly putting on that frock.  Then there is the guilt, after all as you are not willing to share who you are, what you are doing must be BAD.

This was my experience.  I had not told my wife yet and so the only time Jenny got out was when the house was empty and I had a few hours to enjoy by myself. As time moved on I found myself being paranoid, making sure I was always covering my tracks.  My clothes were from charity shops as the budget was tight, with my makeup being non-existent or borrowed. I was scared, but yet longed to be “caught”. The stress levels of trying to be Jenny by dressing was unbearable and I mentally snapped.  Emotionally I gathered all my dresses, makeup and female paraphernalia into a plastic bag and dumped it into bin.      At first I felt free, as I closed my mind to all things Jenny.     My resolve was strong, lasting about 6 weeks, until something within was stirred.  Was it the looking at myself in the mirror while shaving and seeing Jenny? The new dress my wife had just bought or watching two ladies chatting away at a café table sipping coffee?  I honestly don’t know, but the calling from within to be Jenny hit me and I needed to set her free.

Nothing good came from purging.  I threw out some wonderful outfits and teased myself for a few months that my dressing and my real feelings were the products of material things.  Purging does not change who you are, it’s just an act of desperation, quite often a knee-jerk reaction to the pressure you are under.

If I was to be positive about this, I often wondered if purging is the equivalent of  “Control-ALT-Delete” on the PC.   A way to reset or reboot the system.   When I came back from purging the second time, I felt I was starting to see the real me, Jenny, for who I am.    I knew what had sent me spiralling that time and for a better word it was a bad bout of disconnective dysphoria.  I was getting so mentally frustrated and inwardly angry at myself for the dysfunctional life I felt I was living, that I cracked.  I was really upset, as I stuffed Jenny’s possession to a large black plastic bag, determined to finally purge her out of my life.  Everything went.  Three months of hell and Jenny, who had never left saved me.  I learnt that I needed to change.   First thing I did was to phone a counsellor, as I needed help.  What I wanted was to be able to open up honestly to my wife and tell her about what I had been hiding from her for 30 years. Good or bad, I needed to be honest and then accept the consequences, if I was ever to move forward and find peace.

I had to rebuild my sense of self, as denial of my lifelong experience would lead to not being able to continue to live.  Jenny acquired some clothes from the charity shop, makeup, wig and shoes.  I started my online presence on Flickr and Facebook.  Positive moves from a negative action. In the few therapy sessions I had, we talked about my goals and ways to achieve them.  Instead of being totally honest and opening up to what I wanted and needed, I dealt with my most pressing need, which was to be able to be open with my wife. I felt that I had to open the closet door slowly and with caution step out into the sunlight.  I just wanted to make small positive moves, not create giant destructive waves.

Hey you must be thinking that this is all sounding selfish and it’s all about ME and my needs.  BUT to move forward, healing and acceptance needs to take place.  Hiding, creates shame and guilt.  Acceptance, creates positivity and a chance to advance.  Honestly, how can you be there for your family if you, are not whole and are suffering.  Sometimes I felt I was being more selfish by lying and hiding Jenny.  By being secretive, I was being self-indulging and living inwardly with no chance to grow.

I told my wife, but I will leave that for another post.  I have not purged since or had the desire to do so.  If I feel down I have someone who is willing to listen and those past dark days seem like bad memories. What we all experience is difficult, made a hundred times worse if you are going through it alone.  If there was one bit of advice I could give about purging is DON’T DO IT.  Rather, seek out someone to talk too.  If you are way hidden, in the closet, try going on line, to forums or just reach out.  Make the effort to seek help to find the underlying cause of why you need to do this. Those who experience that desperation to purge, do so with regret as it rarely achieves peace sought or any of the long-time effect desired.

On a positive note.  Last year I gave away some dresses.  I did a positive purge to remove old clothes that I no longer wore and to make room in my overcrowded wardrobe.  In all honesty, that felt good.

14 thoughts on “The Desperate Act of Purging.” 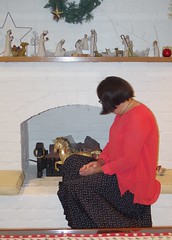 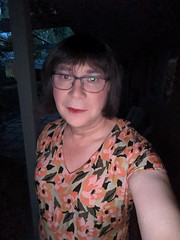 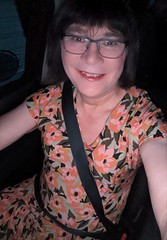 How to feel better

Gayest City in the PAN-handle

Not just a pretty face

Kismet - Journey to Self

Self Discovery The Kismet Way

Transition is a Journey

My life as a heterosexual crossdresser.