I am working on myself to reconnect the way I am feeling, to how I want to be.

I sat down with my wife last week and said quietly that we needed to talk.  I think she knew what I needed to tell her, but like a good poker player, she gave away nothing.   Leading up to this I know I had purposely been putting out distress signals hoping she would take up the initiative.  In all fairness, why would she, as it is up to me start the conversation.  I had even left one of my dresses out at the front of the wardrobe, I suppose, as a clandestine way to signal that something was not quite right.  When I got home from work, my wife had put it back among my other skirts and dresses and did not mention my slight transgression.  This is me, inadequately communicating and assuming that other people around me can read minds.

My wife asked what did I want to talk about and I tried to open up again about how I was feeling and my need to express myself.  She asked why I was not dressing and what was stopping me or holding me back.  Then the penny dropped, my state of mind has nothing to do with my wife.  As I wrote in my last entry, it is one of the excuses I am hiding behind.  On the present information that I have given my wife she is happy for me to continue my present dressing arrangements. The real catch is how she would feel if I really opened up and told her at what stage I am mentally at and how far I would want to go.    I want to regularly let Jenny go out of the house, go to meetings (Seahorse), catch up with local on line friends and explore the world with real support.  To some, these are things that are taken for granted, but they are actions she does not want me to do.  For my wife, it is important that her safety is preserved as well as that of our family and household.  She is emphatic that our/her world is not caught up in the hate, distain and prejudice that is thrown at our community.

So the conversation was quickly over, with the understanding on her part that I should just continue doing what I have been doing.  In her mind my “problem” has a very low priority.  Fair enough as a lot been going.  Her parents who lived close have just gone into an aged care facility at the age of 93, as her father has developed mild dementia.  This has left him confused and unable to care for himself.  He realised that this is best for them and enjoys the care, while her mother hates it and likens it to the family locking her away in jail.   The life cycle goes on around me and really does not care if I want to put on a dress or start HRT.  After all these are just micro issues in the grand scheme of the world.

Some suggested that I write a letter to my wife as a means of reconnecting with her. I thought long and hard about what I would write. A letter can be a wonderful way of expressing yourself if you take time and you can find the right words.   This unfortunately all goes to waste if the intended recipient does not want to read it.

When I first told my wife about my crossdressing, we had been married for 34 years.  I had a letter that I had carefully written and which I gave to her to reinforce what I had just told her.   She did not take it or read it as she wanted to hear what I had to say directly from me, so we could talk about it there and then.

I thought I might include that letter below.  Feel free to use any part of it if it says what you want to say.

Coming out to you has to be the hardest thing I have done as I have lived in fear of this day all my life.  I must be honest with you as I can no longer live with this secret bottled up and see it eating away at our lives.   I have always tried to be truthful and open with as you in everything we do.  You are my only soulmate, best friend, lover and lifelong companion.  I tried all these years but I know I have betrayed you in keeping this from you.

I am so, so sorry that I have been unable to be honest with you from when we first met.  Cross dressing has been a part of me ever since I can remember, and I have been living with the guilt, shame and worry of what it would do to us.

I have tried so hard to stop doing it, make it go away and become normal. This desire or need has been with since I was 4 as that was the first time I remember putting on my mum’s dress. this is an inbuilt part of me, and I wonder if it’s part of my DNA.

I know I have pretended it was never there and that it was not impacting on our lives.   But the truth is it has and will continue to do so.   There are times when it has consumed every thought, paralysed me making me distance and “not there”.

I have never told you about this as I have always been too scared of what would happen.  When I first met you,  I fell in love instantly and believed that this part of me would  magically go away.  I should have told you then but I was so scared that this would turn you off and that you would have nothing to do with me.

I truly believed that getting married would cure me.  But in those early years the need to dress did come back.   In an inadequate way, I tried to drop hints to you about what was I was feeling, but I was never honest enough to tell you.  So instead of telling you right out, I would end up shutting down.  Sometimes the urge would go, for months and at one stage for years.  But it has always returned.

I have always been too scared that this secret of mine would hurt you, and that it would force you away.  This is my curse and something you did not sign up for.  I have lived in fear that if you knew you would leave.

Its hard to explain why I do it.  Once dressed I feel At Peace. Calm and Relaxed. Content. Fulfilled.

Afterward, I battle a whole range of emotions.

Shame – the feeling that I’m doing something wrong, and that anyone who found out would ridicule or otherwise hurt me

Self-Loathing – not really in control of my feelings about what I am doing, but hating them all the same because they are likely to cause problems for me and could hurt the people I love.

Depression – Not being able to be what I want NOW, not seeing where this is going, not really able to bottle up my feelings anymore but not usually able to act on them either.

Lying – Sick of all these years lying, being deceitful sneaking behind your back and hiding things from you.

Please forgive me and try not to hate me.  We will work something out.

Remember this was to be read after that conversation, as a way to explain what I was feeling.

So that what I wrote then, unedited and raw.  I think totally different to what I would write now.    Maybe it’s a good thing she did not read it.

Knowing what I have lived through, I would have told my wife as soon as we had got serous, back when we were first going out.   Then who knows what life we would being living.   Emmmm……….Interesting thoughts.

15 thoughts on “That Letter To My Wife” 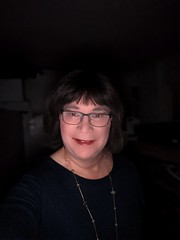 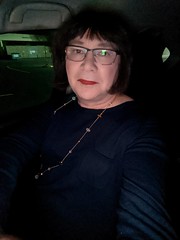 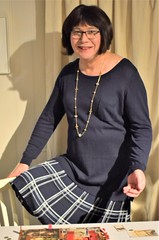 She Was the Man of My Dreams

A gender journey with my past husband and my present wife

LGBTQ+ Blog
Let's Question everything and it is your right.

A Nobody Wandering for Wisdom!

Yet Another Transgender Blog

Recognising my true gender after 60 years

Experiences of a trans-woman in the USA.

A Celestial Bean On a Journey of Light and Love